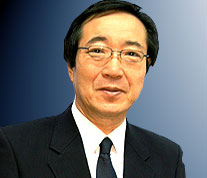 Founded almost 50 years ago (1971) by Master Tetsundo Tanabe, SPORTS-CHANBARA is a martial art-sport developed in Japan as a means to effectively practice sword and combat weapons. Initially, the style was called „Goshindo” but then it was nicknamed Chanbara due to its popularity.
The practice and formation of reflexes with a real sword is very dangerous and so any wrong movement could be fatal. In the mother country, the sword is an extremely lethal weapon being a symbol of ancient Japan and represents the virtues of the samurai class (Bushido Code), and an almost religious dedication to purity and honor. 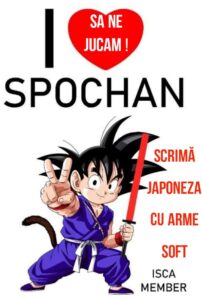 According to legend, the first samurai sword was made around the year 700 by commander Amakuni in Yamato and was adapted from war to war, being perfected its blade and using the best materials (steel hardened by remarkable clarity, inscriptions, engravings), until the perfection embodied by the beautiful and lethal Katana was reached. This perfect sword is like an icon with a significant history, incorporating the aesthetic, social and military qualities of the warriors’ caste and was banned by the national government of Japan in 1876. Therefore, in Sports Chanbara, the idea was to use traditional methods and techniques but without using weapons, lethal swords, but some software, made of flexible materials (foam, sponge or air in competitions), thus eliminating from the start any risk of injury to the practitioner. This has already been proven by 34 World Chanbara Championships held so far, making it the safest and most effective method for training with contact combat weapons. This way students learn faster and develop their reflexes and abilities strongly, using their potential to the fullest without the risk of injury.

The purpose of these modern forms of weapons and swords is to provide protection for athletes, while at the same time learning self-defense through free-style methods that use the traditional techniques of the modern samurai. Sports Chanbara mostly uses the basic principles and terminology used in Kendo or Iaido, including the names of Japanese swords: kodachi, choken, bo, jo, yari, tanto, and during the fight athletes are even allowed to use two swords (one short and one long), shield-sword and many other attractive and dynamic competitive forms. The athlete will protect his head with a strong helmet with a transparent visor for eye protection and optionally thin gloves.

This sport-martial art made the Japanese public to embrace with great enthusiasm this new combative art of the XXI century, becoming part of the Department of Japanese Education and Recreation and is currently introduced by law as a subject of study in sports classes in all schools in Japan, the country that has over 500,000 licensed practitioners and 4000 black belt instructors.

Since 1998 this sport began to develop outside the borders of Japan, the first country to introduce Sport Chanbara in Europe being France. Today, Chanbara-certified dojos can be found all over the planet, with children and adults participating in high-level education, struggle and national and international competitions. Master founder Tetsundo Tanabe (10th Dan) is still a very active member of the arbitration and training committees, being also the founder of ISCA (International Sports Chanbara Association). Since 1995, ISCA has been a member of the Federation of Recreational Sports of Japan, a governmental organization sponsored by Her Imperial Majesty Princess Mikasonomiya. The slogan of the world federation was chosen „Harmony of the Whole World”, harmony through peace and good misunderstanding.

Also, a world development has followed an extraordinary development, the map of the ISCA member countries being a proof that visualizes the extraordinary dynamics in such a short time of this martial-sports art in the world.

In Romania, this sport is represented by the FEDERATION OF GOSHINDO and SPORTS CHANBARA, the only federation recognized internationally by the international forum I.S.C.A. (International Sports Chanbara Association). Our club has a Coach and Instructor certified by the CNFPA since 2016 and athletes medaled at the National and International Championships held under the aegis of I.S.C.A. 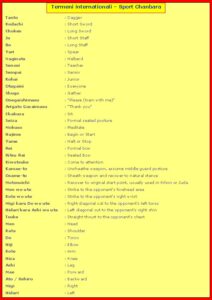 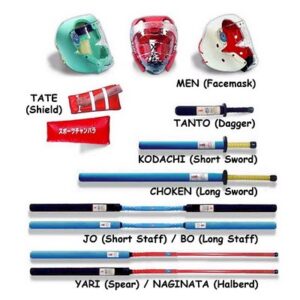